July 8, 2011
My name is James Esposito Jr. My father James Sr. Esposito was a member of the group The Del Capri's from Jersey City NJ. James Esposito and Mike Nolan are still alive. Mike is a police captain in Patterson NJ last we heard. We have the original FULL album my father recorded in Hackensack NJ. Acappella Unlimited! Vol. 1 Presenting the Del Capris. 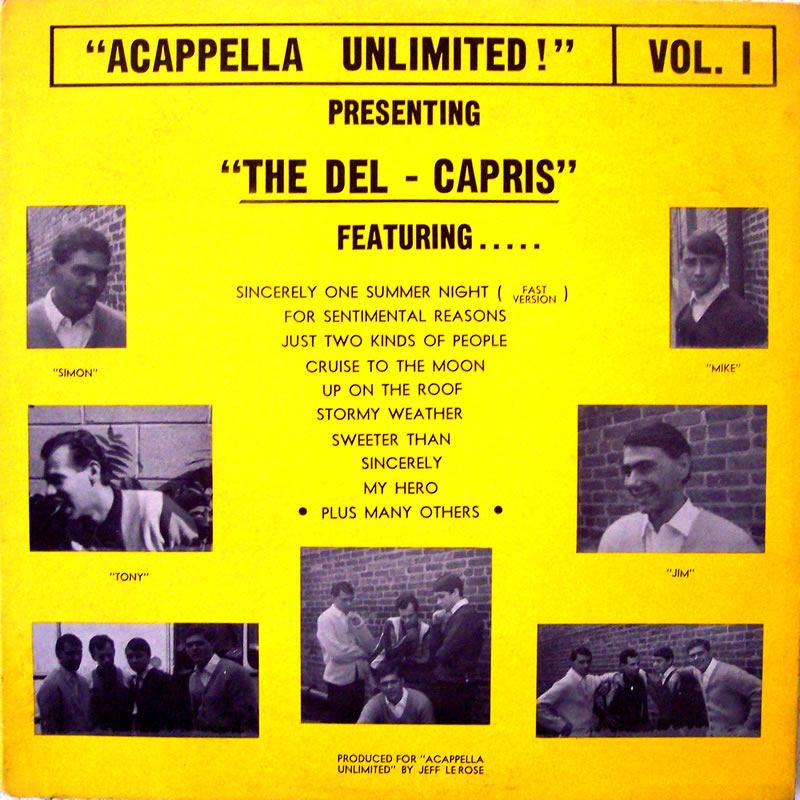 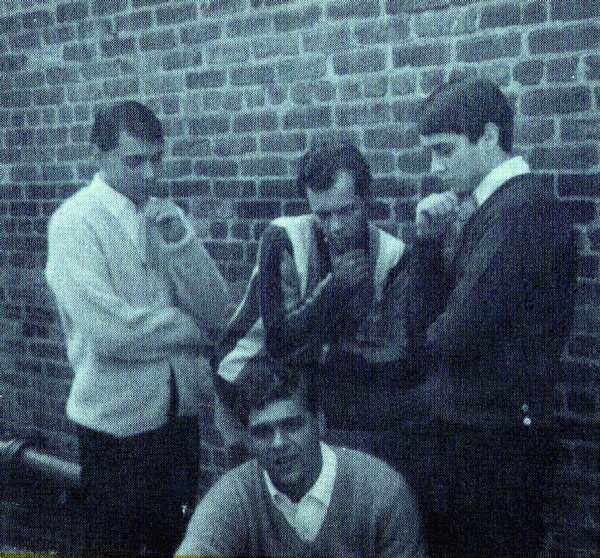 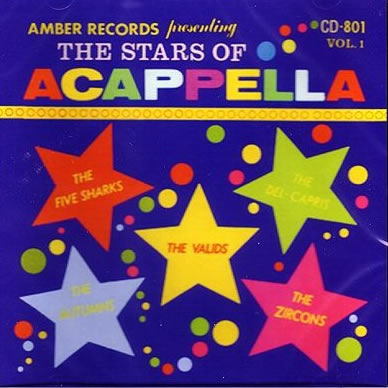 From the mid 1960's when acappella was at its height,


AMBER Records gave us this various artist LP now on CD for the first time.


by the 5 Sharks featuring the bass voice of Steve Horn, now with the Legends of Doo Wop. 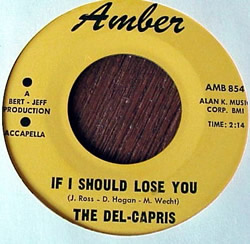 They recorded one single for Amber and Catamount Records
and a complete album for Acappella Unlimited Records.

Del Capris - On Catamount Records - Man In the Moon 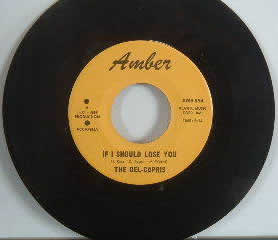 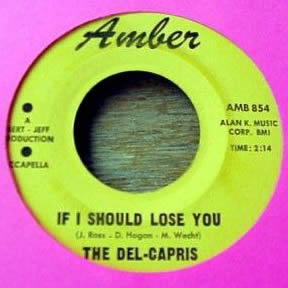