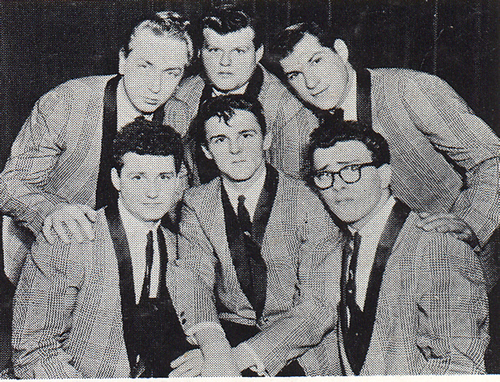 We got together early in 62 in Stamford Conn.The usual story.. Who knew this guy who was a tenor, who knew someone who was a baritone, who had a buddy that sang bass... And, I cant help but realize that the kids today really don't know about what all those acappella groups were about. Not just about the singing, but about the brotherhood that takes place, cause you know as well as anybody, if you blow your note it aint like there is music to take up the slack. You depend on each other to be there for you. (Sorry if I get off the track, these are some great memories!) Anyway as I recall we were down in the City recording a demo we had written and Stan R. Krause of Catamount Records happened to be in the studio. He introduced himself, asked if we would like to do some acappella (Foolish question) and the rest is history. I can't recall if the studio was Edison or Variety, it was just off Times Square around 45th. The interesting thing about the album we were on,

I Dig Acappella, is that on the jacket all the guys names were spelled wrong (Except mine.. but how can you mess up Waters.) Just for the record, its Bruce Bundock..Frank Arrico..Anthony Matylinski..Richard Maleski..Richard Baur..and yours truly. We were so happy to be on the album with those great groups we didn't really care, we were finally doing what we had dreamed about all those nights on the corner, or any place else there was an echo.
(Beaudaddy Note: The Five Fashions had 5 cuts on the I Dig Acappella LP - Diamonds and Pearls, Comes Love, This I Swear, Stormy Weather and the Ten Commandments of Love.)

Then we recorded for Vol. 2. and between the albums and the singles we were having a ball. Shortly after that we were lucky enough to hook up with the Tokens and record a song we had written along with a remake of their song Candy Apple Vette on the flip side. Well... the songs were down, the contracts signed...And then the Beatles (damn that timing was bad.) But I guess a lot of groups were in the same boat.

And a short while after that we recorded for Jimmy Lenner who was with Holton Records in N.Y.C. Under the name The Group Called US. This was late 65 and the song was Promise Me, it did OK too, more so in the midwest down South, I think it was like number 9 in Texas. But also in late Sept. Uncle Sam came knocking, so that blew that all to hell for me!

After I came out of the service times had changed, the group hadn't really done anything else that clicked and we were at that age where girlfriends were thinking about being wives. Life had finally caught up to us . Oh don't get me wrong, we kept on singing and having a good time but it wasn't to make it in music it was just because it was something we were kinda good at. As it stands today, I still see the guys every now and then, even hit a note or two ( I think the magics still there!) But sadly we lost Richy Maleski a while back and we know it will never be the same. That sad note aside the rest of the guys have gone on to lead happy lives and I know I speak for the group when I say that I wouldn't change a thing, just being a part of the whole thing and having those great acappella groups on vinyl , well that's something Time can't dim. 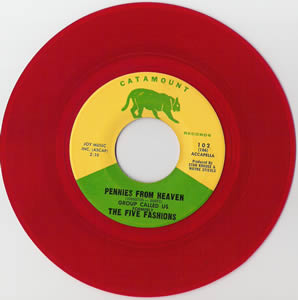 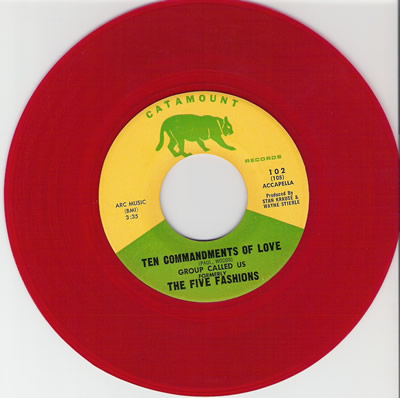 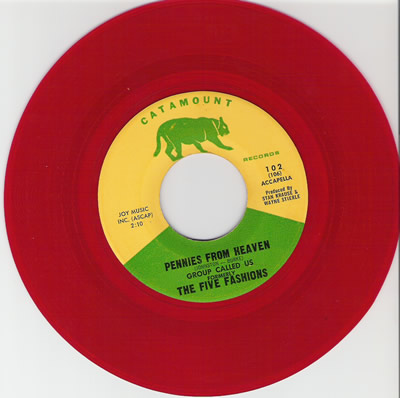 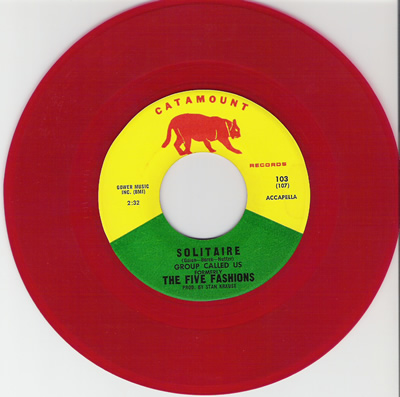 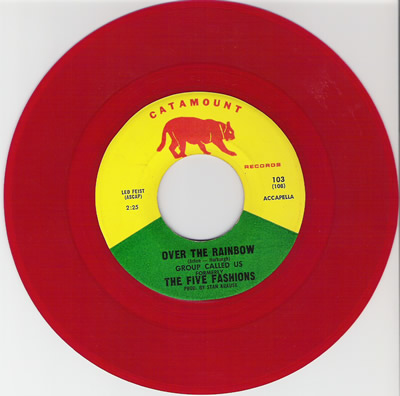 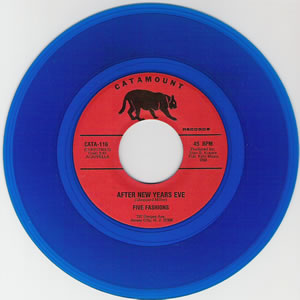 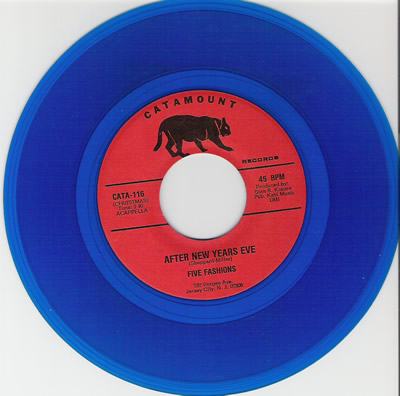