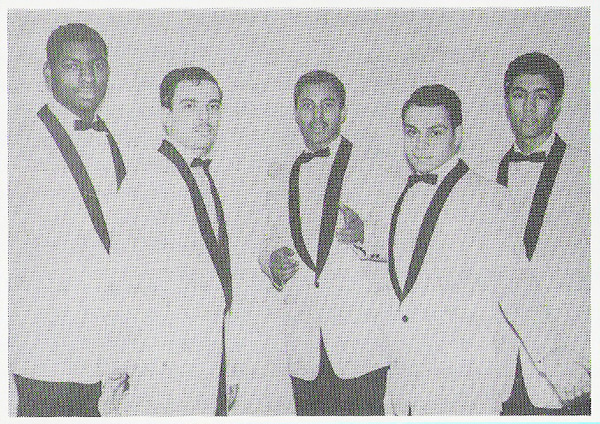 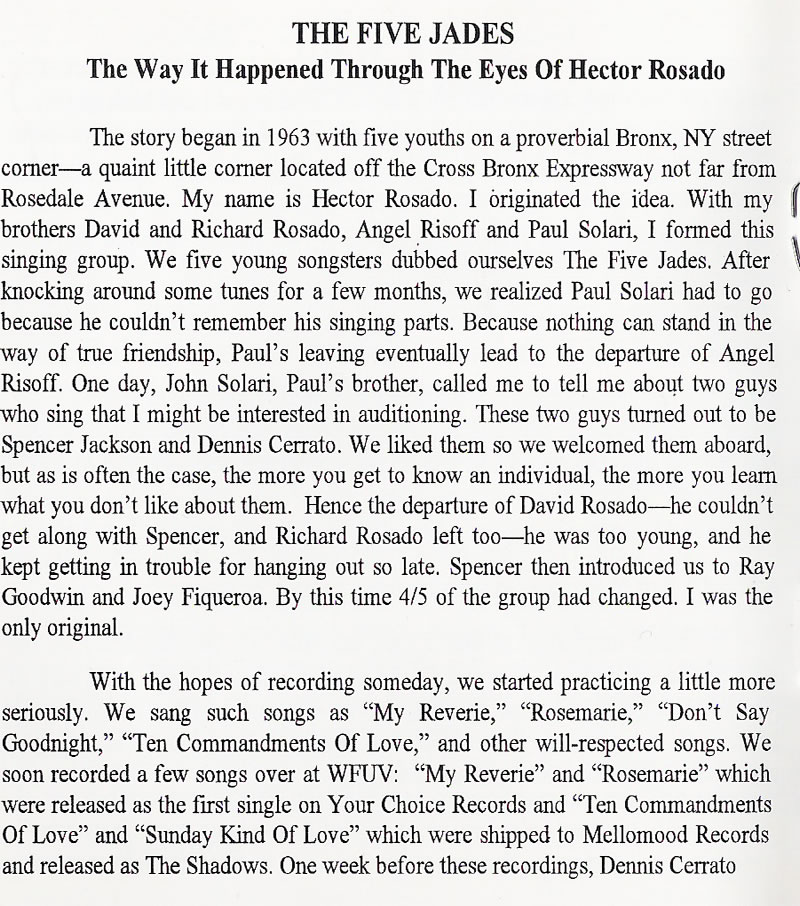 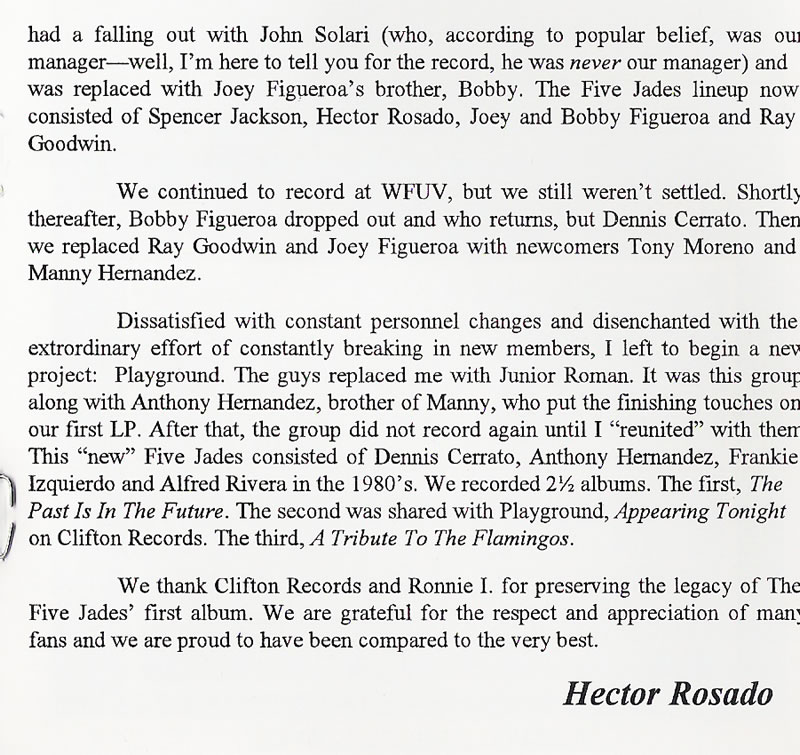 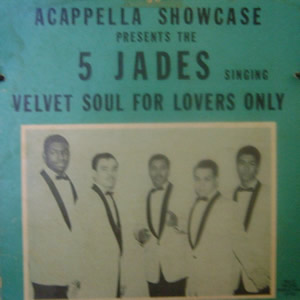 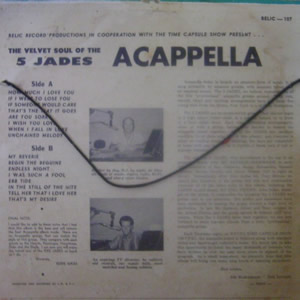 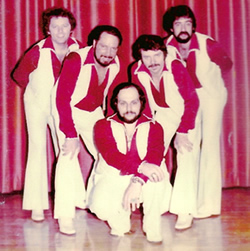 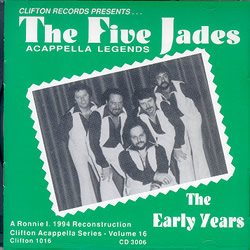 In 1963 the Five Jades released their first single on the Your Choice label. At that time the Five Jades consisted of Spencer Jackson, Hector Rosado, Joey Figueroa, Bobby Figueroa and Ray Goodwin. Shortly after the release of "My Reverie" their first 45 on the Your Choice label, Bobby Figueroa departed the group and was replaced by Dennis Cerrato. The group proceeded with the making of the first album "Acappella Showcase presents Five Jades singing Velvet Soul for Lovers only. When this album was released in 1965 the members were Dennis Cerrato, Spencer Jackson, Manny Hernandez, Junior Roman and Tony Moreno, who put the finishing touch on their 1st album. To date this album is still selling plentiful in a CD format. In 1980 the Five Jades released their 2nd album entitled "The Past is in the Future", this was also an acappella album of standards. At this time the lineup now consisted of Hector Rosado, Dennis Cerrato, Frankie Izquierdo, Alfred Rivera and Anthony Hernandez who sang one of the songs on the 1st Five Jades album and who is also the younger brother of Manny Hernandez. In 1982 they released their 3rd album and teamed up with the band "Playground" to release the album entitled "Playground and Five Jades". From this album came the song of the year for the Five Jades in 1982 with Ronnie I's U.G.H.A. In 1986 they decided to record an album with 12 songs in tribute to the "Flamingos". This album was never released and was put into archives. Now in 2008 the Five Jades took those 12 songs and recorded another 14 songs and created a 26 song CD entitled "The Five Jades Respectfully Serenade The Flamingos". The members of the Five Jades are Hector Rosado, Dennis Cerrato, Anthony Hernandez, Frankie Izquierdo and Richard Rosado. 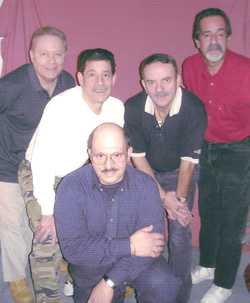 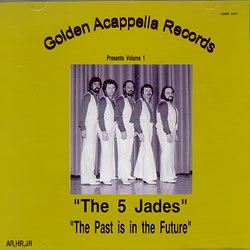 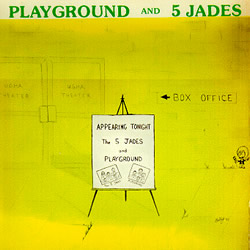 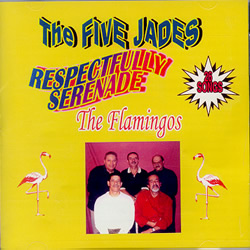 November - 2009 - Information provided by Monica Hernandez, daughter of Manny Hernandez, one of the original singers of The Five Jades.

Manny Hernandez was in the original group and original record shown in the pictures I enclosed in this email.

My Father was a big part of The Five Jades, singing I Wish You Love, If Someone Would Care to name a few on the Velvet Soul Album

The original group was Ray Goodwin, Manny Hernandez, Spencer Jackson, Dennis Cerrato, & Junior Roman (left to right). When my father passed the album Past Is In The Future (gold colored) was dedicated to my father with a small picture and passage on the back of the album.

My father was killed in a robbery attempt in my grandmothers corner store (Bodega) in NY. Soon after my Uncle Anthony Hernandez, my fathers brother and my Godfather took my dads spot in the group. To this day I am so happy he did. I grew up listening to this music & stories of my dad. Its been a big part of my life and still inspires me and my children today.