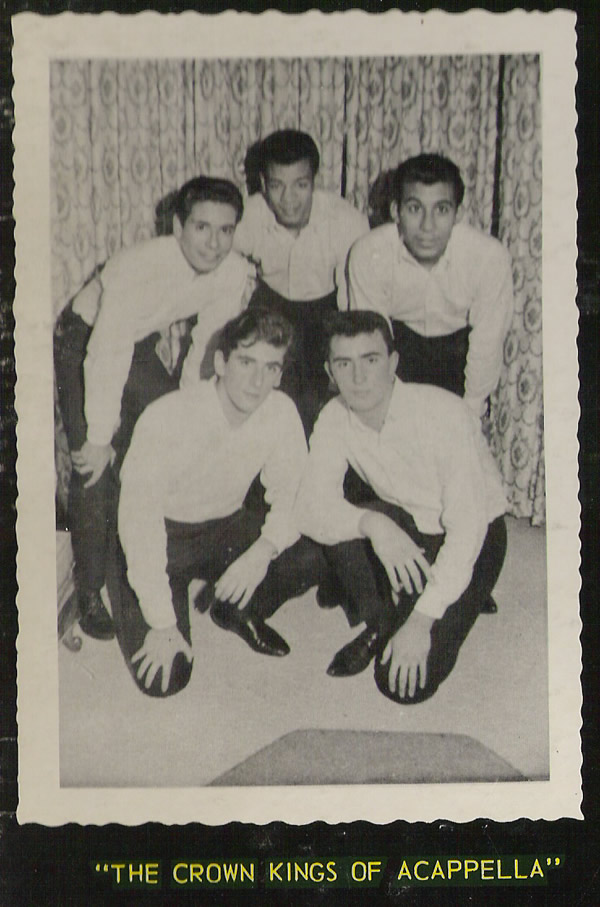 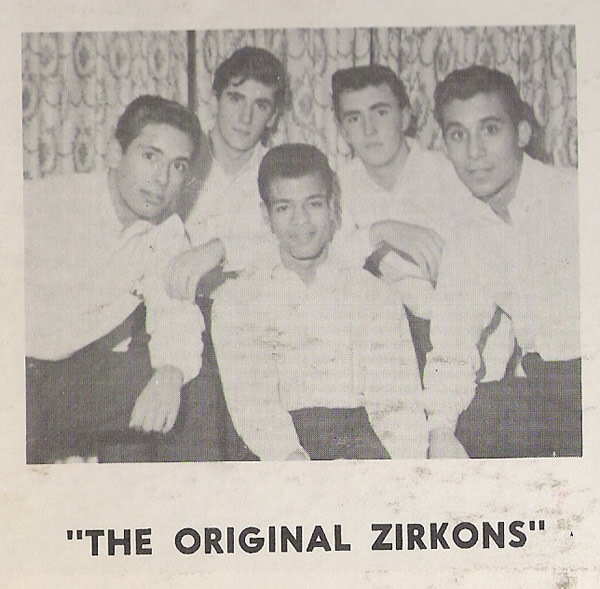 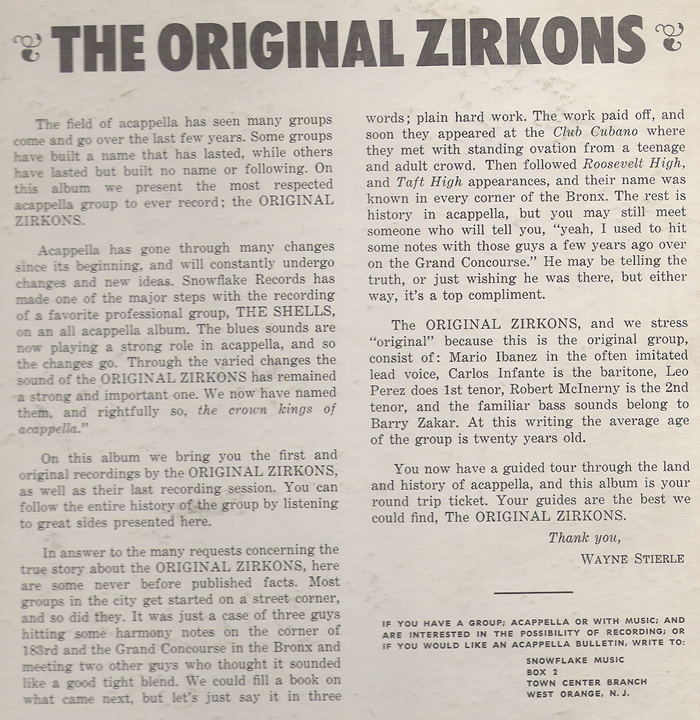 Hey guys , I was just reading about the Zirkons, and I was remembering Mario , Before he was a Zirkon and before I was a Five Shark, we used to have lunch room together in Taft High School in The Bronx, and  we used to hit notes at lunch with some other guys , Mario was a great guy and did a great impersonation of Johnny Mathis, A few years later our groups used to do shows together on Fordham Road , at Arthur Murray`s  ,  Anyway just sharing a memory of way back then.---   Eddie Black, The Five Sharks. - 15 Oct. 2007

The 1963 original Zircons were a East Harlem group that consisted of James Grenetsky, lead, Donald Lewis, John Loiacono, Kenneth Pulcino and Neil Colello, (This group is often confused with the Bronx group of the same sounding name but spelled Zirkons instead of  Zircons), This East harlem group only made one recording , on MelloMood, Lonely Way and the flip side was Your Way , with music.

The 1964 Zirkons were a Bronx group that was the more popular of the two groups and recorded strickly acappella songs on The Snowflake label, They were Mario Ibanez known for his distinctive lead, , Les Perez, Bob Magerny, Richy Sobel and Barry Zacker and an early member Michael Schwartz who dropped out early on , They are mostly remembered for There single Silver Bells and Stormy Weather(fast version)  and their full length album, Acappella Sessions with The Zirkons
Eddie Black , The Five Sharks - Feb 2010 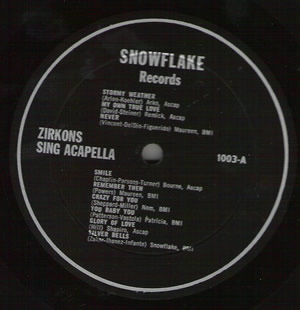 William Andriach has left a new comment - Mario Ibanez was my Father. I never knew this about him and this great to see.


Neal Stuart has left a new comment - Please update your website to include me (Neal Stuart Schneberg). You can verify with Eddie Black that I performed the song “ Lone Stranger” (Cat-Time LP 4201, released 1965).