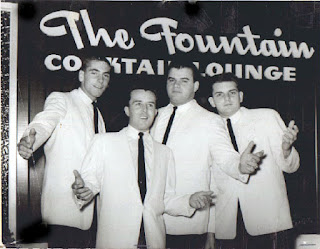 "My Love, My Love", "Jeanne Baby", "Bye, Bye", "The Shrine of St. Celia", "Blue Beat", "Driving Alone", "Angel of Love". All songs on the Rust Record label, produced by Neil Levinson ("Denise") and Steve Duboff. Scotty and George were members of the 'Shades', out of Englewood, N.J., before joining the "Bon-Aires".
The "Bon-Aires", were originally called "the Difference". The "Difference" auditioned for Bob Hilliard, a prolific song writer, Broadway and Pop, from Leonia, NJ. He wrote all the Ruby and the Romantics songs. He wanted to give us, "Young Wings Can Fly". We sang over the phone, at his house, to his partner in NY. His partner said we were unknowns and gave the song to Ruby. Bob paid for our 1st demo album and introduced us to Neil Levinson and Steve Duboff. The Name Bon-Aire was given to the group by Steve Venet, an A&R man at Columbia Records. 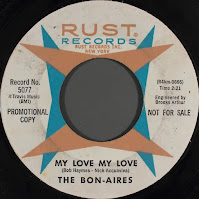 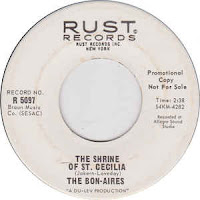 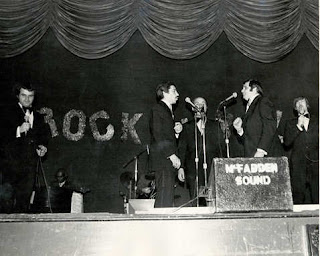 Mike Paladino, Richie Burns, Kenny Fleming and George Lavatelli, Dennis Ostrom
The Bon-Aires recorded 7 songs for Laurie, releasing 4 of them. “Blue Beat” and “Driving Alone” were only made available at the test pressing stage. “Angel of Love” remained in the Laurie vaults until 1999. The Bon-Aires went dormant after Scottie moved to Detroit in 1966.
George continued trying to maintain a “Bon-Aires” group, replacing Scottie and adding singers Kenny Fleming and Richie Burns, both from the West New York area. In 1969, George met Stan Krause, who discussed recording the group for his Catamount label. The resulting single, released in 1971, “My Heart’s Desire” coupled with the Skip Jackson penned “New Me”, became a favorite with the vocal group scene. Also in 1971, Dennis Diamond moved to Toms River. He tried to continue with the group, but the commute and his job became too much.
At that time, Dennis Ostrom was introduced at one of their rehearsals through mutual friend, James (Sal) Passantino of Blue Sky Records. Dennis had been in a few acappella groups in the 60’s, namely The Citadels, The Virbraharps, and The Vibranique Five. He had just had his first “Blue Sky Boys” single released, when he was approached by The Bon-Aires through Sal to replace Dennis Diamond. Soon he departed his current group, Curious Mellow, and joined The Bon-Aires.
From 1972 through 1977, The Bon-Aires appeared at U.G.H.A, The Academy of Music, Eddie’s Lounge in Teaneck, Sam Marco’s Gangplank in East Newark, Central Theater in Passaic, and others long forgotten. There were also appearances on WCBS’s Norm N. Nite radio show, and Bobby Jay’s show on WWRL. During this period, George formed his independent Flamingo label, and together with Frank Aita and his musicians, recorded 8 songs, 6 of which were released. “Blue Velvet” and “It Can’t Be Wrong” were never officially released. 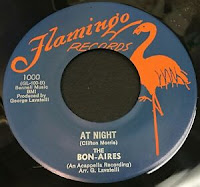 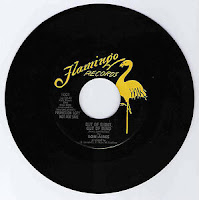 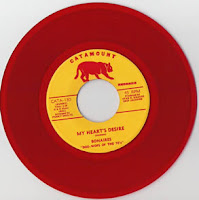 _______
Dennis and George were also part of
Calvin and The Catamounts
Skip Jackson did all the musical parts as well as the lead and bass. The members of the group were brought in about a month later to do the background. The Bon-aire's - there were two George did Baritone and Dennis did second Tenor the third member was Tommy Krupp of - The Hudson's - he did first tenor. 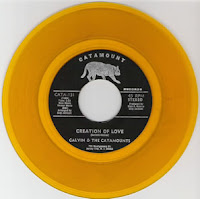 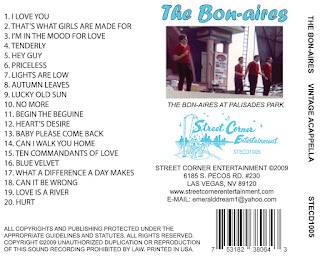 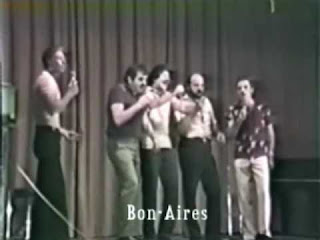 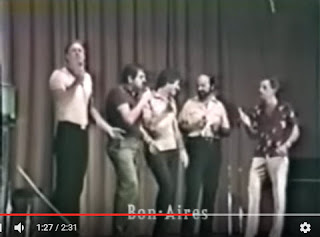 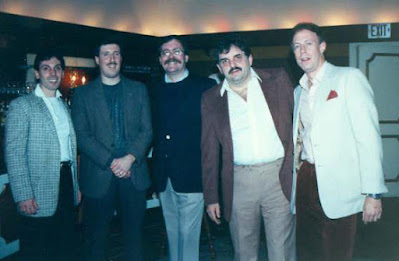 UGHA 10th Anniversary Show #100 - Dec. 7, 1986 -
The Bon-Aires Complete Performance
Ray Block - I had been absent from the singing scene for many years . Then I got a call from George  Lavatelli asking me to join him.  Dennis Ostrom, Tom  Vitale , and Phil  Granito . The direction was to perform off the beaten path songs arranged by George , the group , and Jack Scandura . We began rehearsals in 1985 and put together a set of great songs which we ultimately performed at UGHA’s 10th Anniversary Show in  1986 . We also did a show at  Symphony Space in New York as part of a show run by Ronnie I headlined by The Turbans . It was a fun time , rehearsing at George ‘s home and having his wife Gail fuss all over us . We really enjoyed each other and many stories were told over the kitchen table. It was a sad day when each of us was notified by letter of George’s decision to break up the group ,stating, that he wished to pursue other interests and wanted the group to end at the top of it’s game. 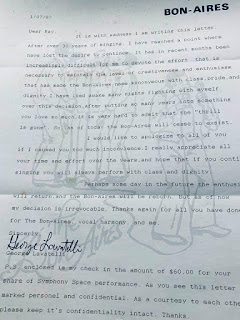 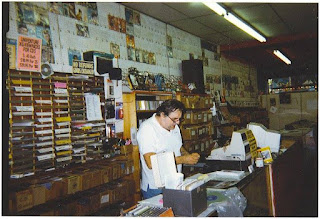