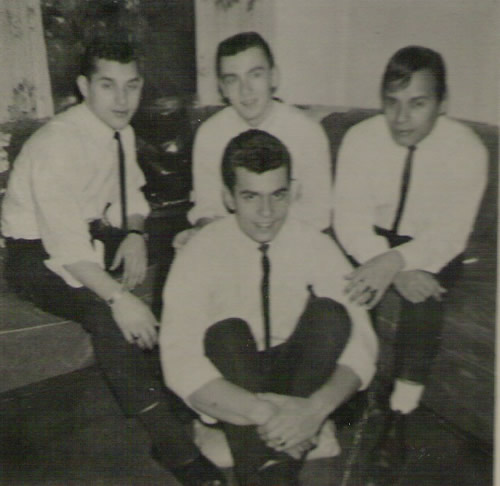 Five friends from Brooklyn singing in group harmony and just doing what they loved to do. Doyle Burgos sang (Falsetto) in the group. Unfortunately Doyle was not present for the group photo sessions due to the draft for the Vietnam war. Doyle had returned, on leave, from the Vietnam war just in time to record his falsetto parts for these four songs:

"Gloria" was the first song recorded. You can always tell when Doyle is present in the recordings, the sound of the group transforms to a fuller, richer sounding experience. "Just Two Kinds of People" "Marie"....etc. The Youngones recorded on the Yussels, Times Square and Relic labels. 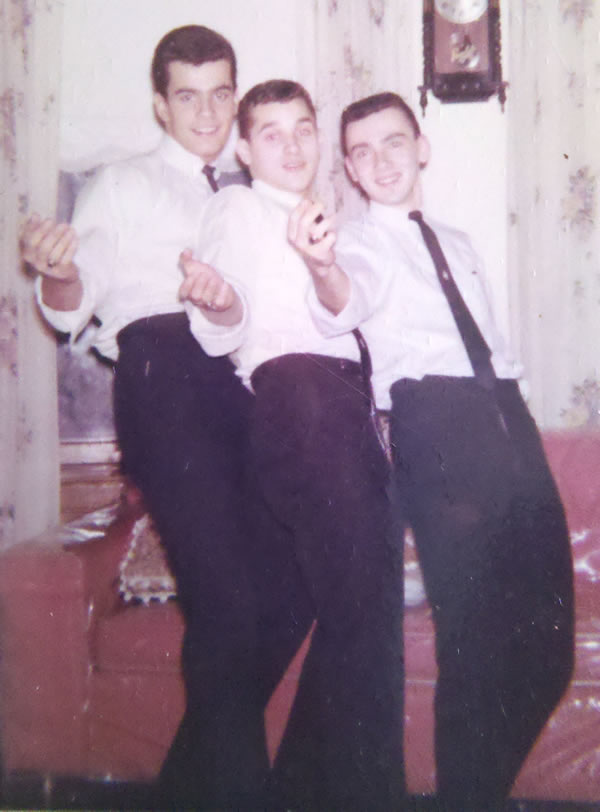 Rehearsals were usually held at the house of Edgar Hernandez (Second Tenor).
One day, while the group was discussing and exchanging ideas for what songs they should focus on to record, the song "Marie" was presented to the group by "Eddie" Eduardo Nevarez (Lead Singer) and the vocal harmonies for "Marie" were worked out that day by the group... 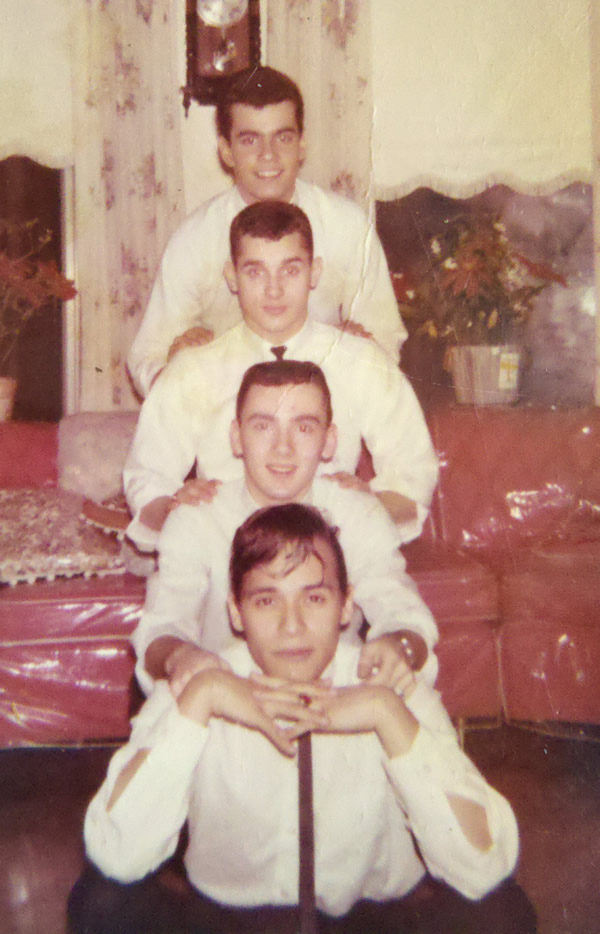 In 1963 "Marie" was released. The melody and lyrics for the song "Marie" were written by"Eddie" Eduardo Nevarez (Lead Singer) a few years before the group was formed.