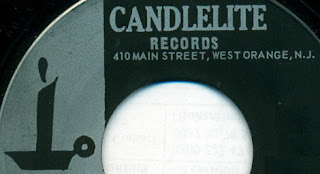 WAYNE STIERLE, best known for being the first person to put Rock n' Roll on TV as a direct-responce item, was the creator of Candlelite Records and Candlelite Music. (Direct-Responce being where phone calls are placed to order an item "not sold in stores"). The fast edits and short clips, and dramatic writing and audio/video editing by Wayne, pre-dated MTV by over seven years, and contributed to what became the basic MTV style. Cub Coda, the writer of "Smokin' In The Boys Room", called Wayne, "The Father Of MTV". 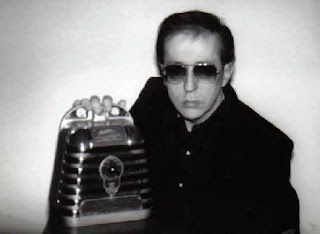 The Candlelite Music productions brought every major label into the rock n' roll area of direct-responce, and even brought in the great Atlantic Records to a tv audience, via the first "tv packages" ever done with Atlantic. (Such hits as, "The Golden Memories Of The Drifters", "Saturday Night Downtown", "The Living Legend of Aretha Franklin", "The Legendary Bobby Darin", and more.) 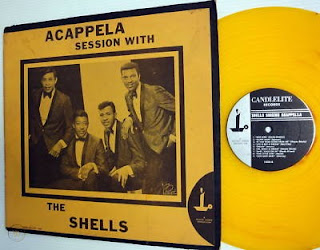 Wayne Stierle - The Godfather of Doo Wop on YouTube

The style, and the actual words from these ground-breaking commercials are still being used every day in the selling of music on television.

Candlelite Records was founded by Wayne in 1960, while he was still in high school, and was the first all-oldies record label in history. The first in the world. (The label was dedicated to releasing previously released rock n' roll and r&b 45's, sometimes with two different artists on one 45.)

In late 1959, and into 1960 and 1961, Wayne was involved in re-releasing records that had failed in the latter 50's. Some of these records became so popular that they were regarded as "new" records, and actually becames early "sixties" hits. These records include, among others, "There's A Moon Out Tonight", "Baby Oh Baby", "Rip Van Winkle", and "Rama Lama Ding Dong". 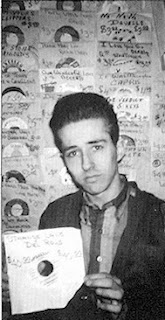 Wayne produced the "oldies" radio show hit that inspired the "oldies" only radio stations, that first sprang up in the seventies. The show that started the trend was a major hit in New York City.

Wayne was the first person to release a commercial album series using the word "Doo-Wop", which was not a known word or term at the time. Contrary to general belief, "Doo-Wop" as a word or even a description, is an early seventies term that evolved from "doo-wah". It is not a "fifties" word at all, although it has come to represent "fifties" styled vocal groups.

Wayne was one of the creators of Acapella. It all happened as follows: Along with Donn Fileti, Wayne discovered unreleased master recordings that were to be purchased on behalf of three people, that included Donn, Wayne, and industry vet Leo Rogers. When Leo backed out of the deal, it was taken to "Slim" at Times Records, who made the purchase. Donn left the area, and Wayne continued on, eventually owning a few of the masters from the huge tape and demo findings. These tapes included practice tapes by the great Connecticut group, The Nutmegs. Like many practice tapes, these recordings were done without paying a band, as simple showcases for either the song, or for an arranger to listen to and thereby write an arrangement for a band or small combo. These recordings were done without music, and not planned for release whatsoever. Prompted by Wayne, "Slim" decided to release The Nutmegs recordings, although he had offered to give them to Wayne in return for his various work with Times Records. ("Slim" was not very impressed with The Nutmegs, and Wayne taught him the historical value of the group that had been so important in 1955 with "Story Untold"). "Slim" felt the recordings that had no musical background needed to be highlighted as such, in part to make sure they weren't returned by customers, and in part to show the difference they represented compared to "normal" vocal group recordings. They spent weeks kicking the ideas around, with Wayne voting for various names such as "Subway Sounds", and others. Finally "Slim", who wanted to press the records, opened a dictionary and found a' capella, the "high class" term used for operatic type music done without background. It was decided that if this was what it was going to be, then it would be changed to a word that didn't even exist: Acapella. And so, the word and the style was born, and the label company was called with the copy for the first releases. This was the beginning of "Acapella", and the start of this word meaning "rock n' roll or r&b vocal groups". (As Wayne likes to point out, the first releases were put in the Italian section of many record stores, who assumed they were foreign records.). ".....we started something that we didn't intend to start....and I still think the name is wrong........but it's way too late to do anything about it..........". 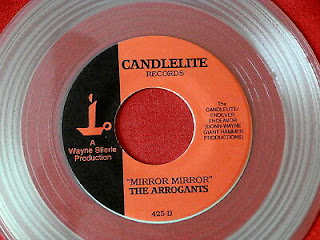 Wayne produced, wrote, and did the music and vocal on the only Elvis "tribute" record to be approved of by Elvis and Vernon Presley. First released in 1969, and re-done in 1973, this release on which Wayne is billed as "The Phantom Of Rock", was well received, especially in Europe. (When Elvis passed away, Wayne refused all requests to re-release it, not wanting to exploit the sadness and loss. As of mid-2005, it still remains on the shelf).

In the early sixties, Wayne produced a radio show that was the first rock n' roll show ever on FM Radio, and almost gives a new meaning to "underground radio"! (It was so early in FM, that the rock n' roll portion of the public did not know what FM Radio was!). Imagine a time where rock n' roll was not on FM! That was the 50's and early to mid-60's. Wayne was dedicated to preserving real rock n' roll. 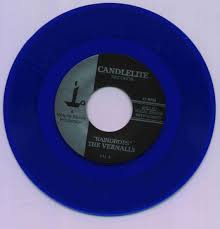 The History Of Candlelite Records:

I can see it now, as if it were a few minutes ago. There we were, sitting on the long back seat in the bus heading for New York. (We called it the "New York" bus, in New Jersey.) We were carrying boxes of single records, and the boxes were called "hundred boxes", because they held 100 45's, either loose or in four individual "twen-ty-five boxes". The records cost us between 25c and 40C each, and we were going to sell them wholesale for no more than 60c tops, to various stores, among them our pri-mary outlet, Times Records and Irving "Slim" Rose.

Those records were a mind-boggling array of rarities that included red plastic Rainbow Records singles, pressed from the original stampers and using original labels. (They were 100% legit.) Today, the records we re-issued for our re-selling at around 50c, are rare and expensive collec-tors items. We re-issued many records beginning in late 1959 and early 1960, and those re-issues included a few that leaped from total obscurity, right onto the hit parade. Among the singles that became hits were "Rama Lama Ding Dong", "Baby Oh Baby", and several others, with each record having its own odd "story". (There's a book here, but I haven't written it.) But, it was the first time, and we were on the New York bus, just entering The Lincoln Tunnel, bound for glory in the true Land Of Oz.

I turned to Donn and said, ". . . this is the coolest thing I ever did. . . !" Well, I still feel that way. I used to stand in the candy store and stare into the juke box and watch the records turning around, and I would have died to be a part of that world, . . . that mys-tical world that was forever trapped in the grooves of a 45 RPM record. Naturally I thought this was "the coolest". . . . because it really was. If I could go back, I would. Donn checked his notebook, and I watched The Lincoln Tunnel go past the window. The adventure was just beginning. ("Donn" is Donn Fileti, my first partner in the record business. We had General Record Distributing as our first company, and it was not a record label. We were totally self-taught, and altho' Donn might well disagree, the fact is that I learned more from him than he learned from me.) We had no real idea of what we were doing, but we didn't let that bother us, . . . after all, we were still in High School.

Various - The Best Of Candlelite Records Vol.1
01 The Continentals My Lonely Friend
02 The Feathers Why Don't You Write Me
03 The Thrashers Jeannie
04 The Heartbeats Tormented
05 The Arrogants Canadian Sunset
06 The Dellchords Over The Rainbow
07 The Youngsters I'll Never Leave You Again
08 The Sonics Once In A Lifetime
09 The Enchantments Oh Rosemarie
10 The Admirations Gonna Find My Pretty Baby
11 The Five Discs Come On Baby
12 The Majestics Angel Of Love
13 The Vernalls Why Can't You Be True
14 The Shells If You Were Gone From Me
15 The Royal Kings Peter-Peter (Pumkin Eater)
16 The Five Satins Somewhere (A Voice Is Calling)
17 The Joylarks Betty My Love
18 The Five Roses Romance In The Spring
19 The Milos Ding Dong
20 The Capris Oh, My Darling
21 The Dellchords Everything's That Way
22 The Cameos Lost Lover
23 The Feathers Love Song
24 The Chuck-A-Lucks Heaven Knows (I Love You)
25 The Youngtones Can I Come Over